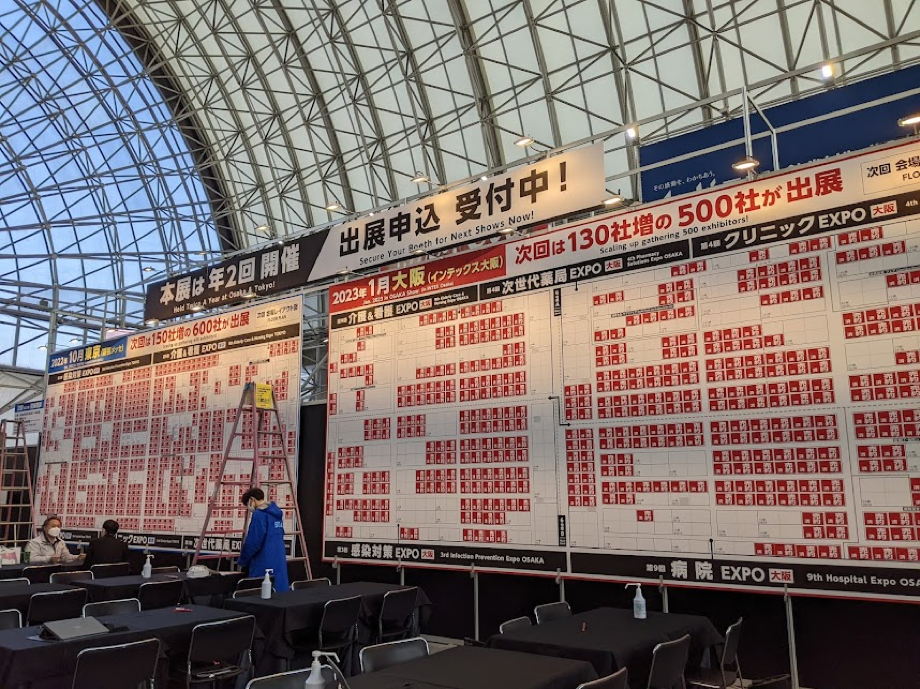 The Medical & Elderly Care Expo is Japan’s leading expo of its kind, held twice a year in Tokyo and Osaka and managed by Rx Japan (Formally, Reed Exhibitions Japan). It was held at INTEX Osaka from February 24 to 26, 2021. INTEX Osaka is located about 40 minutes by subway from the center of Osaka, in the bay area close to the Southern port. It is the largest exhibition venue in western Japan. It is a complex of several exhibition halls, and the structure and glass windows of the main entrance building is reminiscent of a terminal train station in Europe.

The official number of participants was announced to be 6,500 and the number of exhibitors was around 370. The Tokyo event that was held in October 2021 reported 15,000 attendants with a slightly larger number of exhibitors, but the Osaka event was affected by the ongoing quasi-state of emergency that started from February 2022. Currently under strict Covid-19 measures, participants were required to wear masks, use an alcohol hand sterilizer, and have their temperature taken at the gates, but this did not seem to deter participants and the site did not seem to have any empty booths. At least until early afternoon of the third day, a Saturday, the pathways were fairly busy with people, taking a look at the exhibitions. There were even some exhibitors who were demonstrating their foot massage devices and had chairs for participants to sit and try out their products. 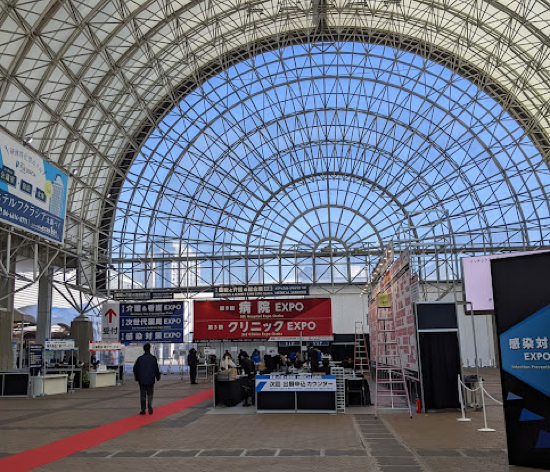 In addition to a program of seminars, the exhibition was divided into sections, the 8th Hospital Expo, 3rd Pharmacy Solutions Expo, 8th Elderly Care and Nursing Expo, 2nd Infection Prevention Expo and 3rd Clinics Expo. The largest floor area was allocated to the Infection Prevention Expo, which reflects our pandemic times, followed by the Hospital Expo and Clinics Expo. Within the hall, there were several sections that gathered exhibitors from other countries, from China. Many had video links that allowed participants to talk directly with the exhibitors with the help of Japanese-speaking staff at the site. This must be a style that developed under the current restrictions on travel, and we have yet to see if it persists even after the world gradually returns to a “new normal.”

With infection prevention as a major issue for the current situation, there were plenty of exhibits for masks, gloves, and sterilizers to devices such as pulse oximeters, air purifiers, and UV-irradiation lamps. Throughout the exhibition, there were areas that focused on certain themes, which reflect current trends or interest. These were: Hospital Management, Health Foods and Supplements, IT in Elderly Care, Community Care, HR Management, Medical IT and Insurance Uncovered Treatment. In particular, Medical IT was situated in the Clinics Expo section and the number of related booths seemed numerous. Japan and most developed countries have a society with a rapidly growing aged population, and this must lead to anticipation towards technology to cover for the chronic shortage in medical personnel to take care of the elderly. Many of the exhibits were for systems to digitalize the patient’s daily care records to facilitate nursing care as a team.

One of the medical devices that immediately drew my eye when I was walking along were the exquisite medical LED headlights for surgery and clinical examination by Kondo-Labo, based in Nagoya. These were combined with loupe and/or goggles as well, but displayed with a black backdrop that made it look very sophisticated, perhaps even fashionable. Talking to the exhibitor, I felt their pride in their products and hope they will be ready to spread their products to the outside world someday.

Another device was a tissue sample division device (single-use) by Umihara Co., Ltd. It allows one needle biopsy sample to be divided into two parts to make it possible to conduct different tests, for example, pathology tests on one and genetic testing on the other. Since it is normally not possible to take biopsy samples from the same site at the same time, and two biopsies would be needed to conduct two different tests, this device lessens the burden on the patient and also ensures that the results of the two tests reflect the same site. This company has considered exporting its products and was quite interested in what Access-2-Healthcare could offer. 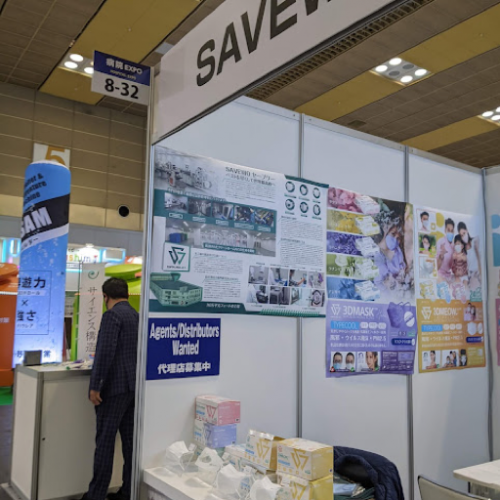 Of special interest to Access-2-Healthcare in Japan was the exhibition by the Union of Kansai Governments. Since we are now part of Kobe Biomedical Innovation Cluster (KBIC), it was a pleasant surprise to find an organization that was trying to coordinate support for industry in the region. Along with some hospitals and medical centers that had exhibits and were actively looking for collaborations, I felt hope for business opportunities in the future.

The Tokyo expo will be held later this year from October 12 to 14, 2022. They are expecting about 600 exhibitors and the places to exhibit are quickly filling up (red spots on the panel to the left in the photo). The Osaka event next year will be at the same site, with 130 more companies (panel on the right), from January 18 to 20, 2023.

Personally, visiting the exhibition on the afternoon of final day, which was a Saturday, allowed me to avoid the crowds so to speak, but there was much more to see and many more people that I could have talked to. I’m already looking forward to attending the next event! 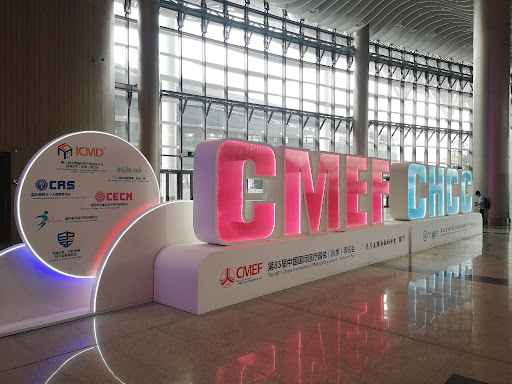 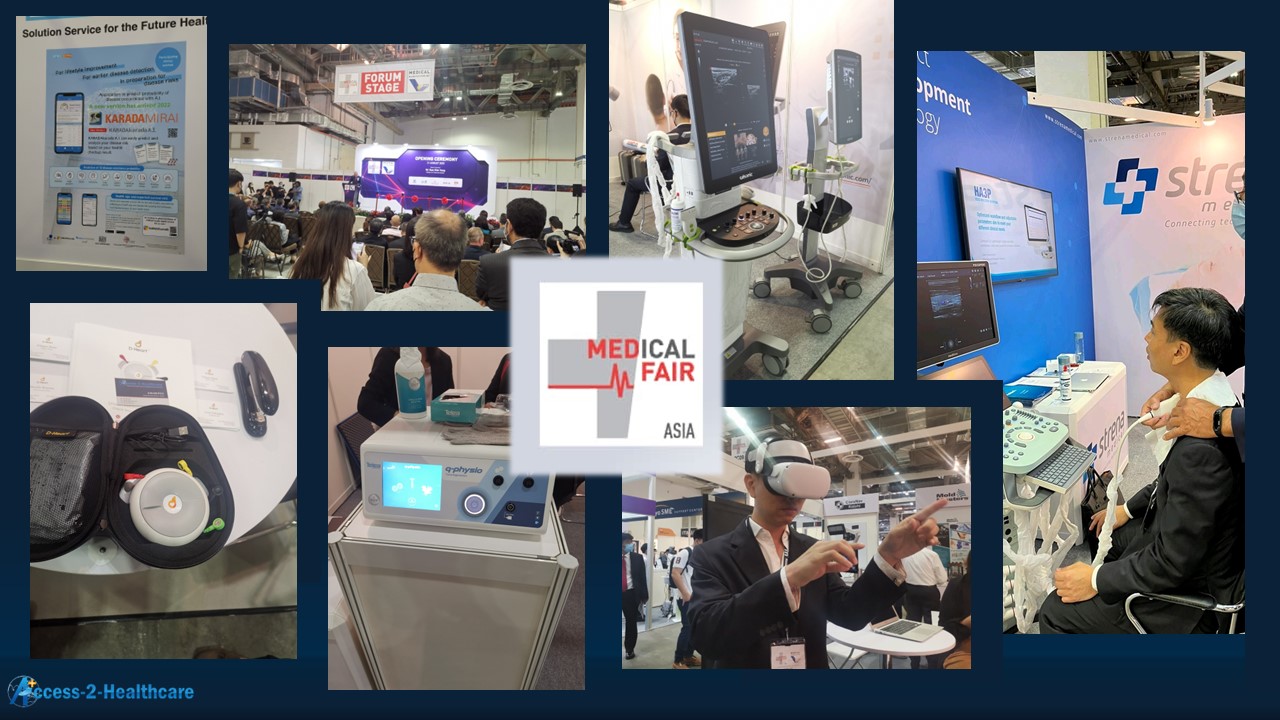